Warning: Trying to access array offset on value of type bool in /home/dutchysf/public_html/wp-content/plugins/elementor-pro/modules/dynamic-tags/tags/post-featured-image.php on line 36
Skip to content

Ma, you’ll need to turn them away


Warning: Trying to access array offset on value of type bool in /home/dutchysf/public_html/wp-content/plugins/elementor-pro/modules/dynamic-tags/tags/post-featured-image.php on line 36

It’s just over 11 years since I started my first proper job as a fitness professional.

It wasn’t anywhere near the level I’m at now with owning 2 gyms but it was a start and we all have to start somewhere.

As I had been wrecking the managers head in the Hillgrove Leisure centre in Monaghan for months and even though she didn’t have any openings she eventually took me on as a fitness instructor via a government scheme.

But if I’m honest that wasn’t my true first attempt in fitness.

I had actually started “Dutchy’s Circuits” in Clones in September 2008 in the Canal stores hall.

It got right chat about the town and some even thought it was “Dutchy’s Circus” and got a bit confused.

My marketing was the good aul fashioned leaflets being left everywhere as this was before social media and I didn’t have a baldy what an email list was.

But even with just these leaflets the chat was good.

Everyone I spoke to was asking me about it and going to be there.

All my mothers friends we’re going to attend.

People we’re texting me about it.

To the point I realised I could only hold about 20 people in this small hall.

There simply wouldn’t be enough space to hold these numbers.

So I had all these thought’s going through my head:

What will I do and how will I manage?

Will I have to turn people away?

Would the hall be so rammed that it would just be stupid and no one would enjoy it?

All of a sudden I had a brain wave.

Ma could could tell them to come back for the 8:00 session.

And of course what happened?

Only 5 people turned up…

and my heart sank!

and she’s looking at me to say

“Sorry, but there’s no one there!”

And so was my first bubble-bursting, humbling story of self employment,

Unfortunately the first of many.

However, eventually the classes built up very well to where I had to move to a bigger hall.

I learnt loads from doing it so I’ll always appreciate all the folks who helped me out back then.

I also got into the Hillgrove full time so I was full time there, my classes 2 evenings a week, playing the footie, doing every fitness cert imaginable and out on the lash most Saturday nights.

But opening 3 gyms in the past 9 years (closing 1) has seen many a busy time,

and the past 8 weeks has been as stressful as any of those and let’s face it, the next 3-4 months are going to be the same,

if not even tougher.

and some people have it much worse of course so that’s just the times we are in.

So we have 2 options:

For me I’m defiantly in the option 2 camp

I’m not the type of clown to give up that easily.

Our online program has never been going as well as it is now.

Everyone is loving the quality and the quantity of the classes we’re running.

But their also loving all the Nutritional support and saying they’ve never done any online program like it.

Before all this I was a bit hesitant to do much online as online can get a bad wrap for having so many poor trainers on there.

But the feedback we’ve been getting from people has shown me that if anything,

We should of done this even sooner.

The best bit is that some people are making even better progress in the lockdown than before as they are showing up so committed and ready to get involved.

So, if you want to start making progress in lockdown reply with “I’m In” and I’ll help you get started.

I’m working on ideas to get us going in some capacity ASAP and have been doing a lot of phone calls and emailing back and forth.

Why do your health & fitness goals NEED to wait until we are open?

Yes, when we open it’s going to be great to have the community coming together again and getting the in person workouts done.

So if you want to get some help, support and accountability then reply to this email with “I’m In” and we will get you started.

PrevPreviousJust hanging out the dirty clothes here
NextHealth is Just…Next 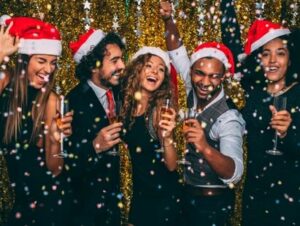 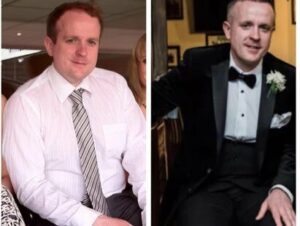 Sheesh. Clearly I need to step up my game

The Difference Between Men & Women 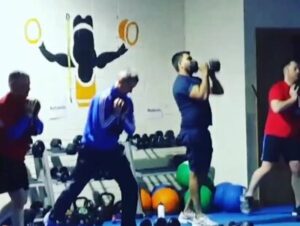 I was done 20 minutes ago 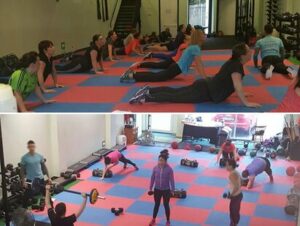